If you are looking for a climate map of New Zealand, here are several helpful maps. 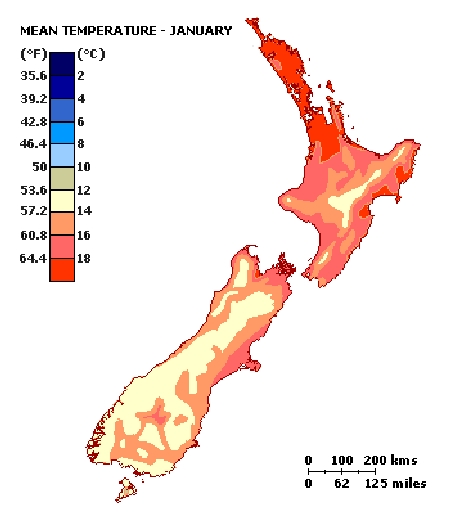 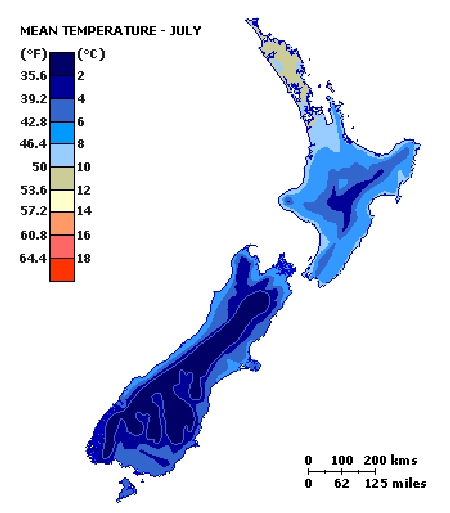 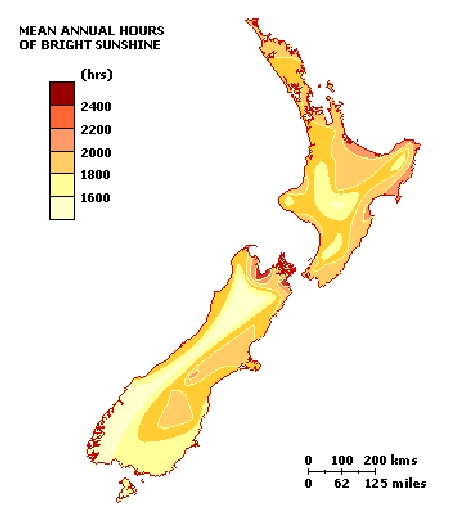 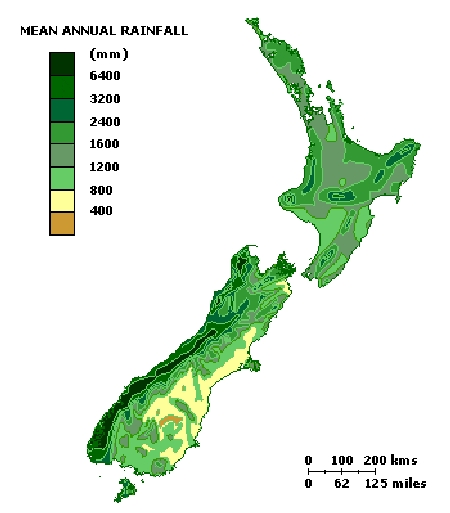 If you study the climate map of New Zealand, you will notice that there are large variances in temperature, rainfall, and sunshine hours throughout New Zealand. 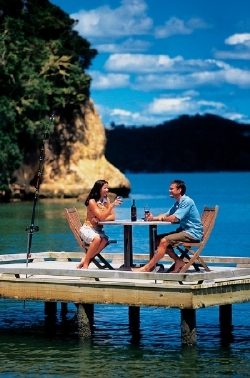 New Zealand climate is ever changing, and even though there are four distinct seasons, conditions can quickly change, even in the warmer months, particularly in the higher alpine regions.

The New Zealand climate is mainly affected by two things, the ocean and the alps. Whilst the far north has sub tropical conditions in summer, areas in the south can have temperatures as low as -10 Celsius during the winter months. Snow and ice are common in the colder months and roads may close due to the conditions.

If you are traveling by road in winter, snow chains may be necessary, and some car rental companies will insist that you carry chains.

Winter is actually our favorite time of the year. Why? The scenery! New Zealand is at its beautiful best in winter, so don't let the prospect of some cool weather put you off traveling in the colder months.

The fires in the pubs are roaring and the country buzzes during one of its peak periods.

We find it best to dress in several layers of clothing during the cooler periods, and always include a light weight, waterproof jacket at these times.

During winter, snow covers the mountains in many areas on both islands, and rainfall increases in the north. However many areas on the south island have little rainfall in winter (great for skiing and getting out and about with your camera).

The season of birth, with new lambs appearing and plants starting to bloom. Spring can still be frosty, and snow will still be on the alps. 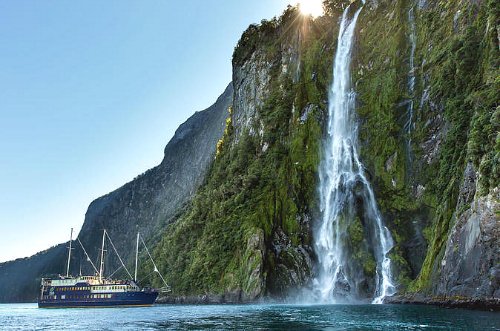 During summer, days are long and sunny in most areas, and with summer daylight saving, daylight can last to beyond 9 p.m. in most areas.

Things begin to cool off again during autumn, although conditions will still be clear and sunny in most regions. Autumn brings vibrant new colors as leaves change, and as with all other seasons, photo opportunities abound.

Where can I find more information?

For further information on the weather patterns shown in the climate map of New Zealand, please refer to New Zealand's official weather site, the New Zealand Met Service. You can go to their website by clicking here.