Ruapehu New Zealand is the home of Tongariro National Park, which was New Zealand’s first national park and is a dual World Heritage area. The park has three active volcanoes - Ruapehu, Ngauruhoe and Tongariro.

Ruapehu New Zealand is a popular year round destination, and is located roughly in the center of New Zealand's North Island. 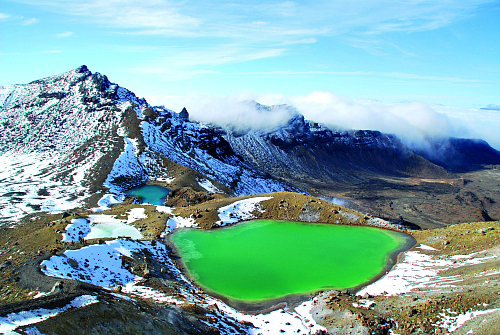 To the west lays the Lake Taupo region, and to the north the Whanganui and Manawatu regions.

Visitors flock to the region during winter to sample the world class ski fields at Turoa and Whakapapa, and year round to visit the famous Tongariro National Park. The region is also popular with mountain bikers and has some of the best trails in the country.

The main towns in the region are Taumarunui, Ohakune and National Park.

There's lots of great information on this page and to help you find what you are looking for, just click on the links below.

To return here just click on your browser's back button.

To drive from Wellington to Taumarunui takes around four and a half hours via State Highway 1.

To drive from Auckland to Taumarunui takes around three and a half hours, also via SH1.

Check out these top things to do in the Ruapehu region

Accommodation - read reviews and search for something to suit

Our best advice when booking your accommodation is to carefully check visitor reviews. It's a quick way to learn more about the pros and cons of a particular property, and could save you from making the wrong choice. 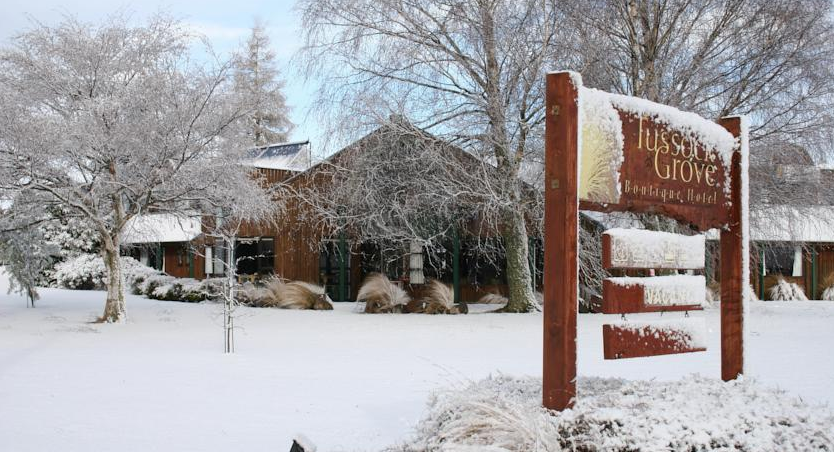 To make it easier for you to find the right accommodation, we've included links below which will take you to a wide range of accommodation for your chosen location. There you will be able to read reviews, compare accommodation, and even make your bookings.

* click on the following link to search for Ohakune accommodation.

* click on the following link to search for Whakapapa Village accommodation.

* and click here to search for National Park Village accommodation.

Within the Ruapehu region is the Tongariro National Park , which has dual World Heritage status because of it's unique natural and cultural attributes. 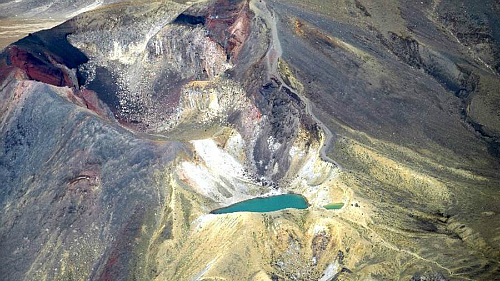 In 1887, in an effort to protect their natural and spiritual heritage, the region’s native Ngati Tuwharetoa people gave the three sacred mountains to the New Zealand nation. As such, Tongariro was the first national park to be gifted to a nation by its indigenous people.

Tongariro, covering some 80,000 hectares, is a haven for scientists, hikers, skiers, mountain bikers, and leisure seekers.

New Zealand's most famous volcano, Mt Ruapehu, has extensive world class ski areas and has the unique distinction of being the only ski field in the world located within 500 metres of the crater of an active volcano.

The Department of Conservation (DOC) has lots of great information on the park.

To view their page on the Tongariro Alpine Crossing click here.

Search for things to do

You can search our full range of things to do in and around the Tongariro National Park (including guided walks) by clicking HERE.

Around 40 percent of the regions' people identify as Maori, and as such the region has a strong Maori culture. Perhaps because of its relative isolation, Ruapehu was one of the last areas of New Zealand to be settled by Europeans. 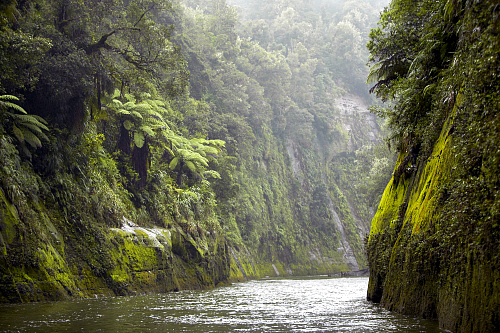 Along the banks of the Whanganui River you can still see the remains of Maori pa (their fortified villages) and many tribes were attracted to the region by the abundant natural resources. Tribes such as the Ngati Maniapoto, Ngati Rangi, Ngati Tuwharetoa and Te Atihaunui a Paparangi made the region their home and their descendants carry on their proud culture to this day.

Maori legend tells of how the supreme universe (Ranginui) placed Ruapehu, standing proud, at the centre of the North Island, and of how the great mountain gave calm to the land and its people.

But Ranginui sensed that Ruapehu was lonely, so placed several teardrops at the mountain's feet. One became the source of the Whanganui River. Tongariro became the guardian of the teardrops, Taranaki was tasked with care of the tapu (sacredness), Ngauruhoe was the ultimate servant, and Pihanga was the fertile maiden (and Tongariro’s bride). 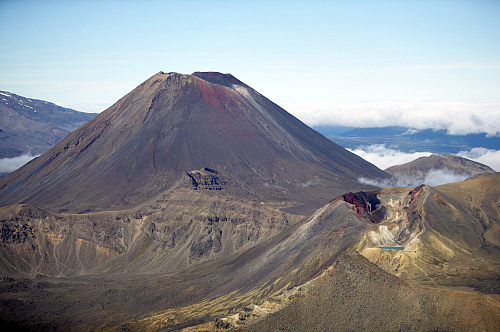 Legend has it that Pihanga was tempted by Taranaki's magnificence, so she forced Tongariro to banish his opposition, leading to Taranaki settling in the region that now bears his name.

The proud Maori peoples' spiritual connection with the land is especially evident in Ruapehu New Zealand.

Maori see the Whanganui river as having special spiritual, historical and cultural meaning. Starting as an alpine trickle on Tongariro, the Whanganui grows as it attracts waters from Ngauruhoe and Ruapehu, eventually becoming New Zealand’s longest navigable river.

If you have the chance, take a guided canoe trip on the Whanganui, where Maori guides will tell stories, and play music to explain their special relationship with the Whanganui.

The Ruapehu region is the North Island's winter playground, and has New Zealand’s largest ski fields. 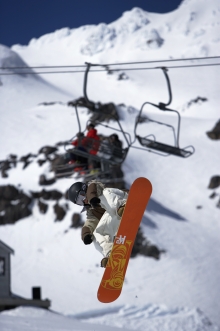 Whakapapa and Turoa ski fields have a wide variety of terrain and cater to skiers and snowboarders of all skill levels. And of course there's the thrill of skiing on the slopes of an active volcano.

Whakapapa is located on Ruapehu’s north western slopes, and is New Zealand's largest and busiest ski field. It has around 550 hectares of ski slopes and a further 400 hectares of lift accessible terrain.

Terrain caters to everyone from learners, to extreme skiers, who attend the annual Extreme Competition in the pinnacles backcountry.

Turoa ski field sits on Ruapehu’s southern side, and is the country's highest ski area, including Australasia’s longest vertical drop.

One ski pass will give you access to both Turoa and Whakapapa during the June to mid November season.

Ruapehu's mountain streams and rugged terrain offer a range of year round activities. 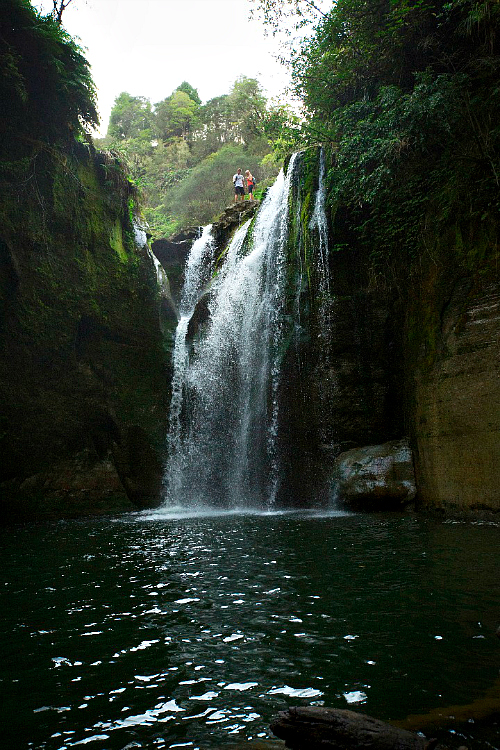 You can check out a range of tours here.

The 42 Traverse track is the Tongariro forest park's premier mountain bike trail, and takes riders across the central plateau on a 48km odyssey to the historic Owhango village.

Ruapehu's clear lakes and rivers are renowned for the quality and quantity of their fish stocks, and the Tongariro river is regarded as one of the world’s top trout fishing rivers.

If time and budget allows, a guided fishing trip may just allow you to catch that special "trophy" fish.

For a great view of the region, Whakapapa ski area offers scenic chairlift rides through most of the year.

Between the Tongariro National Park, the Whanganui river and the 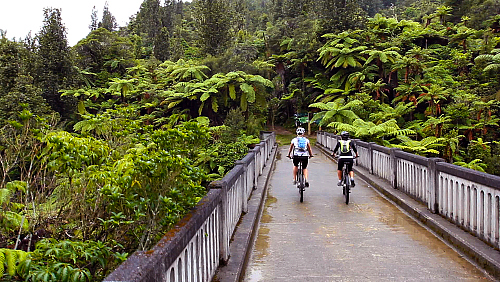 The region is home to several significant nature reserves.

The Whanganui National Park includes one of the North Island’s largest lowland forests, home to many different native birds. The brown kiwi, and the short tailed bat, New Zealand’s only native mammal are found in the park.

Native eel, trout and freshwater crayfish (koura) thrive in the waters of the Whanganui, whose main tributary, the Whakapapa, is also one of New Zealand’s finest trout fisheries.

* Here's a trivia question I bet you didn't know - the Ohakune carrot (the world’s biggest model carrot!), appears on the New Zealand Monopoly board game. 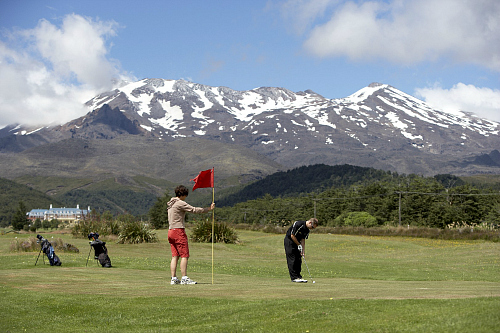 Click on the following link for more information on Ruapehu New Zealand. 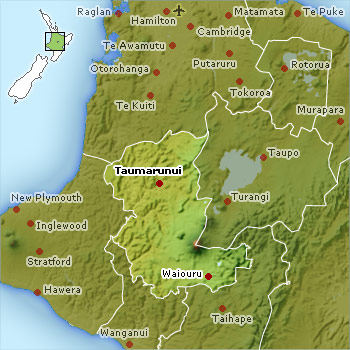