The Rugby World Cup 2011 will be held in the stunning island nation of New Zealand. 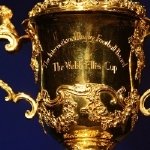 The Rugby World Cup 2011 will feature the best players in the world, and will be held in twelve venues around New Zealand.

The tournament kicks off on Friday September 9, 2011, when hosts New Zealand take on Tonga, at Eden Park Auckland. The final will be held at Eden Park on Sunday October 23 2011.

Teams from 20 countries will contest 48 matches, all looking for the ultimate prize, the Rugby World Cup 2011.

Teams are allocated to one of four pools: 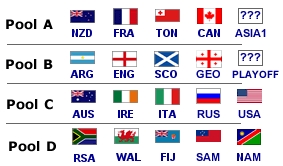 There will be three phases of ticket sales. Fans will be able to apply to purchase phase one and two tickets. However, phase three tickets (for semi-finals and the final) will only be available via an open ballot process.

This will comprise one ticket to each of a chosen venue or team’s pool matches.

Fans who choose the phase one option may also apply for a quarter-final weekend pack and/or tickets to the bronze final.

Phase two On sale August - September 2010 - Applicants will be able to apply for individual tickets to all matches, other than semi-finals and final.

Phase three Tickets only available by ballot to fans who previously applied for phases one or two. Each ticket application qualifies for one entry into the ballot.

For information on how to obtain tickets, click on the following link to the official Rugby World Cup 2011 site.

On the North Island, venues are (For your convenience, we have also included links to accommodation near each venue):

New Zealanders are passionate about their national sport, rugby. For a country with such a small population (around 4.4 million) their performances on the rugby field are the stuff of legend. 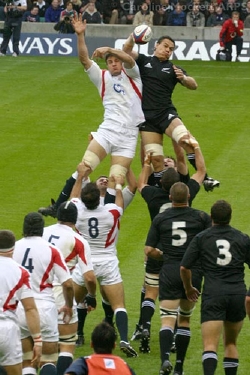 There is a real buzz of excitement in New Zealand about the Rugby World Cup 2011, and visitors to this amazing country can look forward to an exciting, world class event.

All New Zealanders are hoping for a repeat of their 1987 success, the last time that they won the Cup. Kiwis are friendly, rugby loving souls, keen to welcome travellers from all round the world to this special event.

The mighty New Zealand All Blacks have long been a major force in international rugby. A fierce, determined team, supported by a passionate nation, they play a tough, uncompromising brand of rugby.

And who can forget the thrilling All Black Haka. A challenge? A threat? A test of courage?

So come and share their passion. Bring your national colours and cheer on your own team. Join in the spirit and comradery of the 2011 Rugby World Cup.

But Wait! It's Not Just About Rugby (Is It?)

And don't forget that New Zealand is not just rugby heaven. There is so much more to see and do in this exciting, stunning country. If time (and budget) allow, why not extend your stay, and see the real New Zealand.

* The Tranzalpine Train journey has been described as "one of the great train journeys of the world".

* The "Adventure Capital of New Zealand", Queenstown, is a stunning destination, with plenty to satisfy all tastes.

* Or how about the thermal wonderland of Rotorua? These are just a few of the amazing sites and activities that await you in New Zealand.

And this website is the perfect place to research, plan, and book your trip. Please feel free to use the resources on our site. We hope they will be of help. And don't forget, if you have a question about New Zealand travel, just ask us. We will do all we can to assist.

One thing is certain, no matter how long your visit, we know that you will enjoy New Zealand.